This week’s STIMY episode features one of the my most unique – and certainly unexpected – guests! And is an example of one of the loveliest things that has been happening to me since I started running my own podcast.

Having people – friends & family included – reach out to support & also suggest potential guests they know that they could connect me with!

Oz Pearlman is one such person. I’d never heard of him before and my closest brush with a mentalist was bingeing on the Mentalist a long while back. But a great friend of mine recently sat through a virtual session with Oz, where he blew everyone’s mind with his “mind-reading” tricks via Zoom – she became one of his volunteers! – and she then offered to connect me with Oz.

How could I say no to a professional, Emmy Award-winning mentalist/magician who also reached #3 on America’s Got Talent & is a multiple marathon/ultra marathon running champion?

Thankfully, Oz also agreed and that’s how this week’s episode came about!

Oz only had an hour to spare for this interview, but I like to think that we covered some interesting bits, including why he thinks magic is an essential soft skill for everyone. Honestly, I’m inclined to think that maybe magic tricks should be offered as part of a school’s extra-curriculum activities now! That’d be fun. 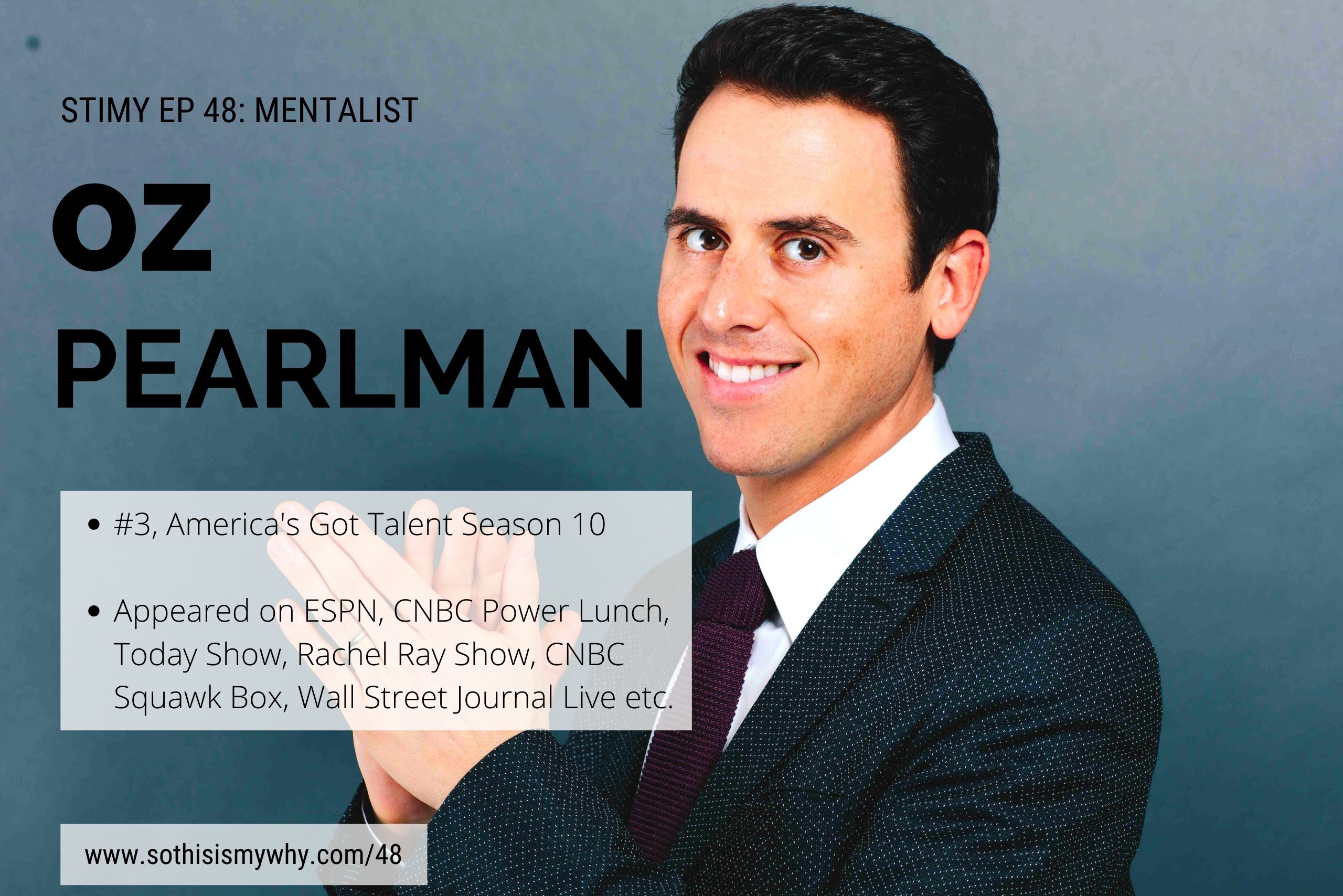 Oz Pearlman is an Emmy award-winning mentalist & magician who recently emerged as the runner up & finalist in America’s Got Talent Season 10 in 2015.​

He has performed for A-list celebrities, Fortune 500 companies, politicians and professional athletes, and also appeared on numerous networks including NBC’s Late Night with Jimmy Fallon, The TODAY Show & ABC World News. He is also an avid marathon & ultra-marathon runner, having competed in events like the Badwater 135 Miler, Hawaii Ironman World Championships, Western States 100 and Spartathlon.

Here is his journey.

Looking for past STIMY guests ? Check out:

For some strange reason, I’ve never listened to Jay Shetty until this point but this particular episode with Tom Bilyeu blew me away.

Who is Jay Shetty?

An English author, former monk, podcaster, social media and purpose coach who once worked for Arianna Huffington and was on the cover sory of AdWeek magazine’s Young Influentials issue in 2019.​

The irony of me running a podcast asking about people’s whys is that I actually don’t enjoy vague, philosophical discussions on “why” that have no immediate real world application, so I often avoid episodes that talk about “finding your purpose”. But I decided to give this episode a go & was so blown away!

A lot of it has to do with the fact that Tom Bilyeu is such a fantastic interviewer – Tom also likes to go through all the content his guests have ever produced before, and create in-depth data-driven discussions around his findings, which I really appreciate.

Article: The Rise of Cohort-Based Courses

Some of the hottest trends arising out of the creator economy is the creation of cohort-based courses. Where you sign up to an online course & go through it with a specific group of people, as opposed to having it be self-paced.

It’s proving to be quite a success. A prime example that comes to mind is Ali Abdaal: a Cambridge medic/YouTuber who built a 1 million YouTube following in 3 years & is launching his 3rd Cohort, which has 400 spaces (I think it’s almost filled up by now). It blows my mind to see how successful he’s been, particularly since his Part-Time YouTuber Academy course price ranges from $1495 – $4995!

Tiago Forte wrote an interesting article about why cohort-based courses are such a big deal by: 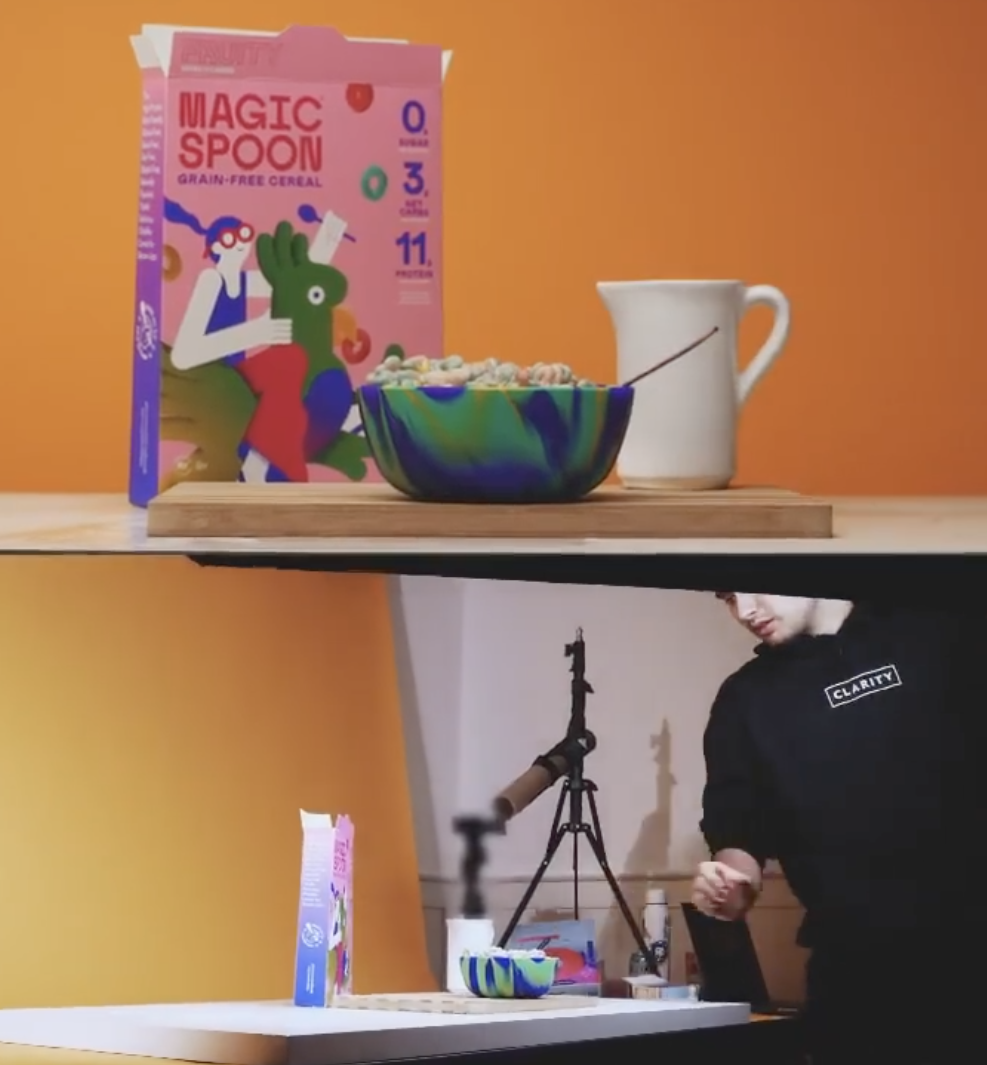 Daniel Schiffer is a recent discovery (thanks Yi Jun!) and is a fantastic Canadian video creator who shows lots of incredible BTS shots of how he captures footage for his food/drink products.

You also very quickly see how much he loves Storyblocks. 😅

An interesting collection of advice from all sorts of people (writers, screenwriters, directors & entrepreneurs) on how they boost their own creativity: