Welcome to Issue 9 of the STIMY Newsletter featuring Maurizio Leo – founder of the astronomy app, Skyview, and sourdough blog, The Perfect Loaf!

You probably know where this is going. One word.

Rather than diving off into the deep end on the financials, I’m actually quite fascinated by the Reddit world. Reddit believes strongly in community-first content moderation, which comes in 3 layers:

What makes r/WallStreetBets so powerful is that it’s a community in the sense that it has its own inner jokes & language. Members openly share both their wins and their losses, with the losses being worn almost like a badge of honour (it seems). Gamestop has been floated in r/WallStreetBets since December but only went crazy this week.

Does it seem likely that Reddit will take r/WallStreetBets down?

No. They haven’t infringed any of Reddit’s policies and the only reason r/WallStreetBets went private briefly was because traffic suddenly went into overdrive & was breaching Reddit’s spam limits. Moreover, none of this was done secretly; GameStop & other “meme” stocks simply escalated in a manner that was completely unprecedented.

That said, Reddit has been known to take down Subreddits before such as r/theDonaldTrump but only after it had repeatedly breached its internal policies, antagonising Reddit & the rest of the community.

I imagine there will be even more interesting questions on content moderation on these platforms in the days to come, but for now… let’s shift back to STIMY. 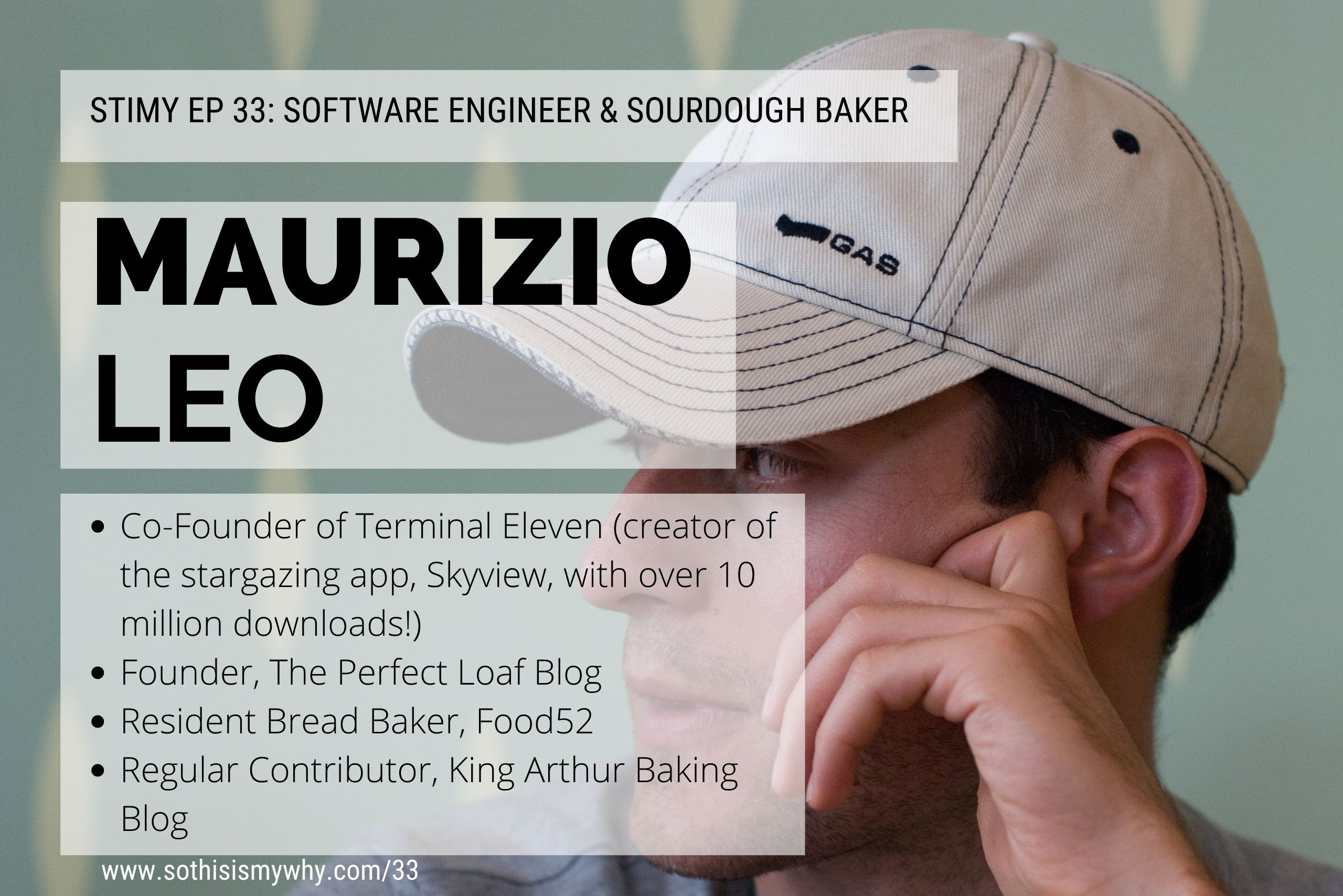 Coming from a food-loving Italian family, Maurizio shares what it was like growing up in a family that would make food from scratcht. We also touched on how his obsessive need to master things of interest to him that led him first to software engineering and later, sourdough baking.

Pretty apt timing given how most of us are under lockdown? 😉​

Looking for past STIMY guests in the F&B world? Check out:

Interview with two-time Olympian winner & 3-time World Champion in laser radial, Lily Xu Lijia (徐莉佳). Who shares how she battled adversities (she was born partially blind & deaf, and nearly lost her life during training), her experiences as an elite athlete & life after retirement.

Yo-Yo Ma, one of the world’s most renowned cellist (he recently played at Biden’s inauguration), has been releasing daily homemade videos of him playing short pieces either as a solo, or a simple collaboration with artists all over the world.

Rain Falling from the Roof might be my most favourite to date. Haunting, simple, and beautiful.

His companion? Grammy winner Wu Tong, who plays the sheng – a wooden pipe instrument that his family has manufactured & played for generations.​

The #SongsofComfort project was launched at the start of the COVID-19 pandemic to provide comfort & inspired thousands of other musicians to upload their own songs of comfort.

About Rain Falling from the Roof (quote from YouTube description)

“A story from the the Northern Song Dynasty, where a novice monk asks a renowned Zen master about the meaning of Buddhism. The master points to the raindrops falling from the eaves of a roof. The novice monk, after being perplexed for a long time, suddenly experiences an epiphany.

It was during a rainstorm that I first read this story. At that time, the entirety of humankind was dealing with the trials of the coronavirus pandemic. Upon hearing the sound of the falling raindrops, I was reminded that people depend upon peaceful coexistence with each other and with Mother Nature to live in true harmony. No one exists in isolation.”

If you’re thinking of how to create an office environment with appropriate socially distancing then well, the guy above (Jesse Good) takes the cake because… his office is floating on top of an anchored raft, in the middle of the East River in New York!

The YouTube video shows Jesse getting into a “shuttle boat” that takes him from shore out to his floating office. While at his office, Jesse is seen taking Zoom calls on its battery-powered computer (that are interrupted by a passing NYC Ferry boat), buying snacks (from a lady passing by in a rowboat), sanitising his water cooler, and searching for office materials in his drawer, before eventually getting back into the boat to return to shore.​

A somewhat typical day in the office. But… what happens when you need the washroom?! 😅

So Who Came Up With This?

This socially distanced office is the brainchild of Improv Everywhere, which is a comedic performance arts company. Hah!

The whole thing was a fun prank, but Improv Everywhere tried to make it as believable as possible. They even put up an official-looking signage from the City Department stating that this raft was the first of 4,000 floating offices being planned in the spring, with another 6,000 by summer.

In addition, other actors onshore went around pretending to be agents from the Department of Buildings, asking for feedback on the program.​

Improv Everywhere worked together with Tideland Institute, whose mission is to promote culture on New York waters. Wanting it to also be COVID-19 safe, they decided to do a performance piece in the middle of the river & chose Pebble Beach.

​Improv Everywhere published a behind-the-scenes article on how/why they did it here.​

P/S: If you have time, check out the rest of Improv Everywhere’s videos. They’re absolutely brilliant and include:

Here’s a fun one: Daddyming 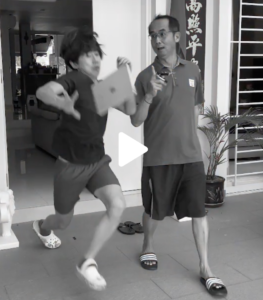 A Singaporean dad who loves to pull pranks on his son. These pranks are caught on video & uploaded onto Tik Tok to his… 6.1 million followers!

They went viral during Singapore’s circuit breaker & have been using it as a way to bond as a family. At first, Daddyming was reluctant & his son had to try multiple times to get him involved. Thankfully, that first video did well (posted on 23 July 2020!) and within 23 days, they had 1 million followers!!​

Grandma & Sister have since gotten involved in the videos, whereas Mum helps to prepare the props/give suggestions on what to do.​

None other than national athlete Ng Ming Wei, who was preparing for the Olympic trials with the national taekwondo team in Norway until his return to Singapore due to the COVID-19 outbreak.

All I can say is… I am blessed to not have parents inclined towards smashing eggs into my forehead or shooting coca-cola into my face. 😅

Article: 100 Tips for a Better Life

I thought this listicle had some pretty interesting tips. Here are some of my favourites:

If you have any thoughts on this newsletter, feel free to hit me up @ sothisismywhy(at)gmail.com 😊