​Here’s the backstory to this week’s STIMY guest:

I came across DJ by chance on my LinkedIn feed, where he had done a recent interview with Gagan Biyani (founder of Udemy & Maven).

Now I had come across sabbatical stories scattered throughout the virtual realm before, but never in one place. So the fact that someone was seeking to create that dedicated space and start a movement had me reaching out to connect.

Oh, and if you have a spare moment or two, would you mind please filling out this feedback form? It helps me figure out what to offer on STIMY as we even 2022. 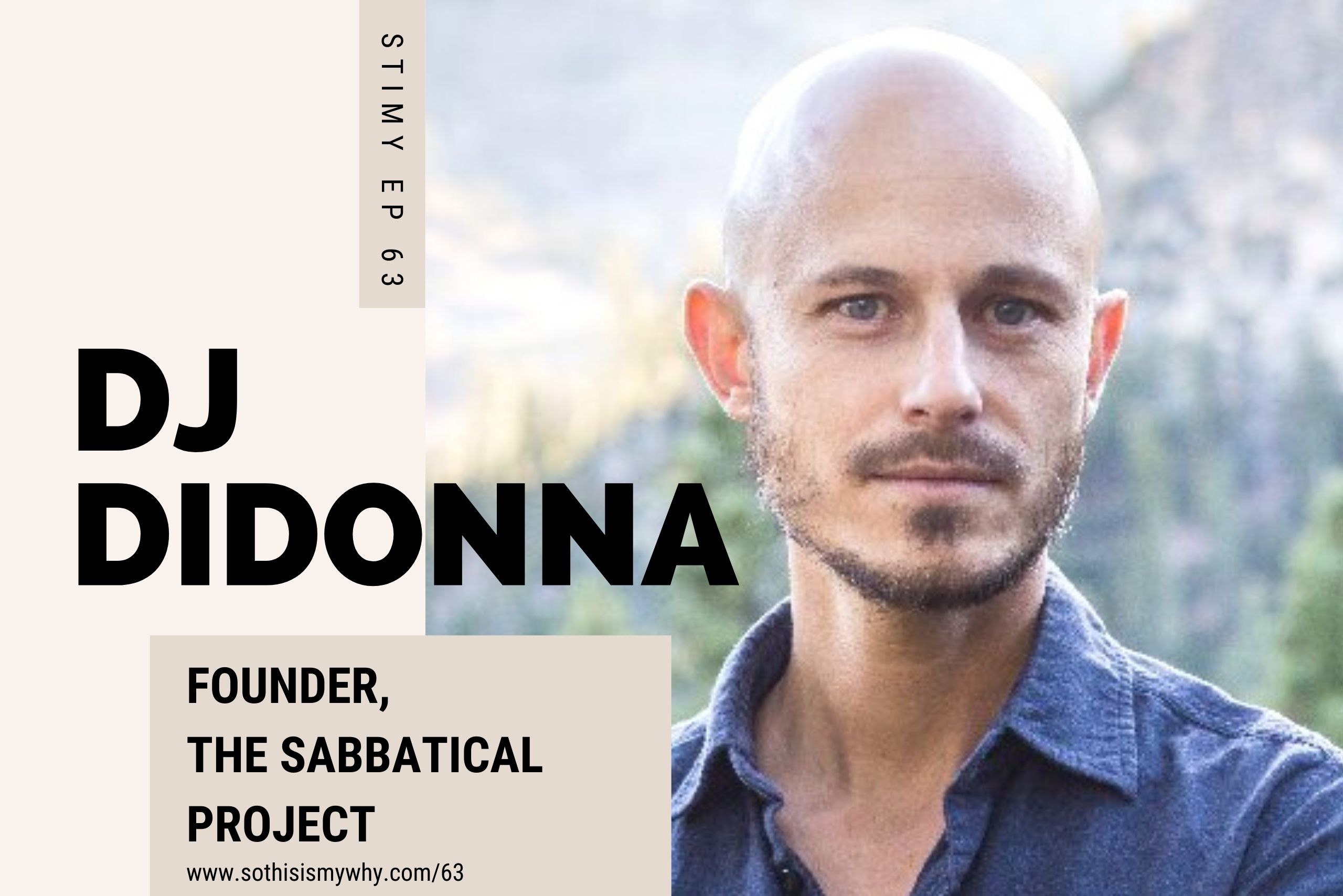 After completing his MBA at Harvard Business School, DJ Didonna spent the next 7 years of his life pursuing his dream job in microfinance.​

No one ever told him that it was possible to burnout from doing what you loved.

And that first four-month sabbatical, which saw him complete a 900-mile Buddhist walking pilgrimage in Japan, kickstarted his journey into all things sabbaticals.

In 2019, she was named a “Breakthrough Star” by Creative Review and featured among other leading UK-based artists in the BBC programme Making Art Work: First Idea to Final Piece.

If you haven’t already heard, one of the biggest fundraiser project is currently going on.

They have just surpassed the halfway mark!

You can find out more in the link below.

With 20.3 million subscribers on YouTube, Mark Rober is one of YouTube’s biggest and also most ingenious stars.

He’s NASA trained, but has been producing a ton of interesting, science-backed projects that he films and posts on the platform.

Some of my favourite videos:

The e-Conomy report by Google, Bain and Temasek is out and it has some interesting findings:

Back in STIMY Ep 26 with Cesar Kuriyama, Cesar mentioned how one early morning Tweet he sent to Jon Favreau (director for Ironman 1 & 2) resulted in his app being featured in Jon’s 2004 movie, Chef.

With designer/founder Traf, something similar happened.

He tweeted about a set of icons he had created. Said tweet went viral, he made $100k in a week for 2 hours’ worth of work. And even got featured on Marques Brownlee’s (MKBHD) channel, which of course sent his earnings to the 🌙.