Welcome to Week 4 of the STIMY Newsletter & today’s a pretty special one as we have Chong Chan-Yau, STIMY’s very first blind guest! 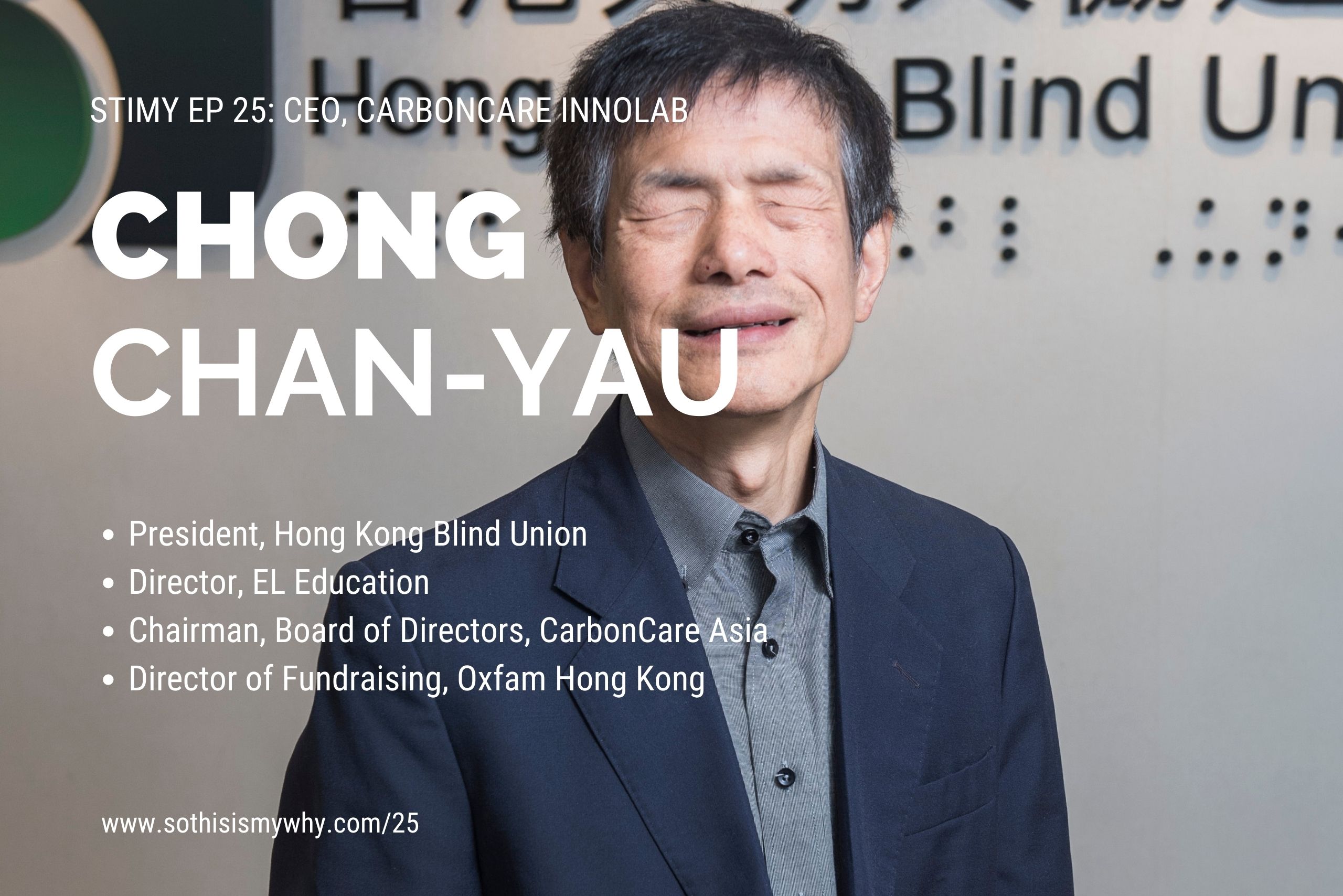 What really caught my eye about his story wasn’t his physical disability, but how he overcame them.

The activist spirit he showed since going blind at the age of 6, where he was determined to challenge society’s conventions. To show society that despite being unable to see, he could do the same as their sighted peers.

One of his first & biggest challenges? Pursuing further education.

In school, Chan-Yau recalled writing an essay saying he didn’t want to be a telephone operator. His teachers told him was being “too unrealistic” & used his essay as an example of someone who was overreaching.

His own blind peers laughed at him, telling him he shouldn’t be studying when he could already be earning money as a telephone operator or fortune-teller!

But Chan-Yau ignored his detractors, and went on to, among other things:

We discussed many things in this episode, including:

P/S: “Sighted” is how the blind refer to those who can see, which gives a whole other dimension to the way we lawyers tend to say “we have not sighted this document” 😅.

Looking for past STIMY guests that are defying society’s conventions/making the world a better place for everyone, check out:

Renyi Chin is a Malaysian F&B entrepreneur who runs the highly successful – and innovative! – burger joint, MyBurgerLab, as well as MyPizzaLab. Listen to find out how his summers in Yellowstone influenced him to pursue a career in the F&B industry!

Enjoyed this newsletter or have a comment? Email sothisismywhy(at)gmail.com

And if someone forwarded this newsletter to you, you can sign up here.

Stay tuned for tomorrow’s update on my favourite app of the week!