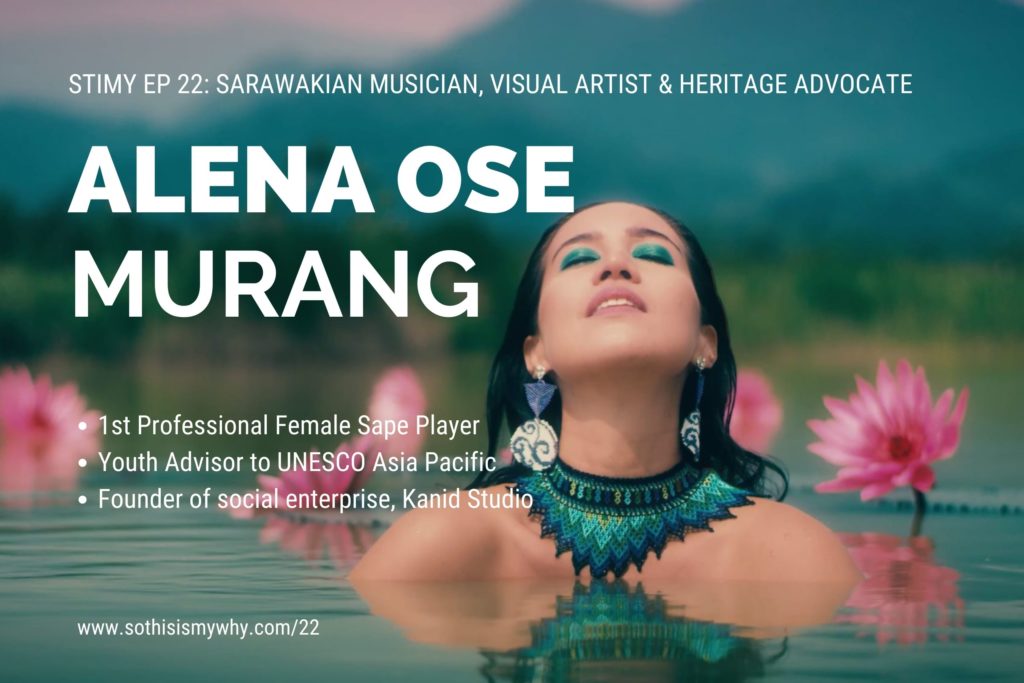 Alena Ose’ Murang is Sarawakian sape player singer, teacher, speaker, social entrepreneur, visual artist & heritage advocate. Born in Kuching, Sarawak, to a Kelabit father, Ose Murang and English-Italian mother Valerie Mashman, Alena and her older brother were immersed in their local heritage from young including dance and the local lute instrument, the sape. While Alena has never formally studied music, she answered her calling to be a keeper of stories for her people and in 2016, released her first EP, Flight – a collection of traditional Kenyah & Kelabit songs.

Since then, Alena has performed at many renowned world music festivals including the SXSW (USA), Colors of Ostrava (Czech Republic), Paris Fashion Week (France), Rudolstadt Festival (Germany), OzAsia Festival (Australia), and Rainforest World Music Festival (Malaysia). She was a youth representative at the UNESCO Youth Forum in Paris, and UNESCO Asia-Pacific for her work in intangible cultural heritage.

Alena also started Kanid Studio (previously known as ART4 Studio), a social enterprise that uses art and music as a medium for positive impact, grounded in indigenous community values that are strong in the longhouse villages. ​ 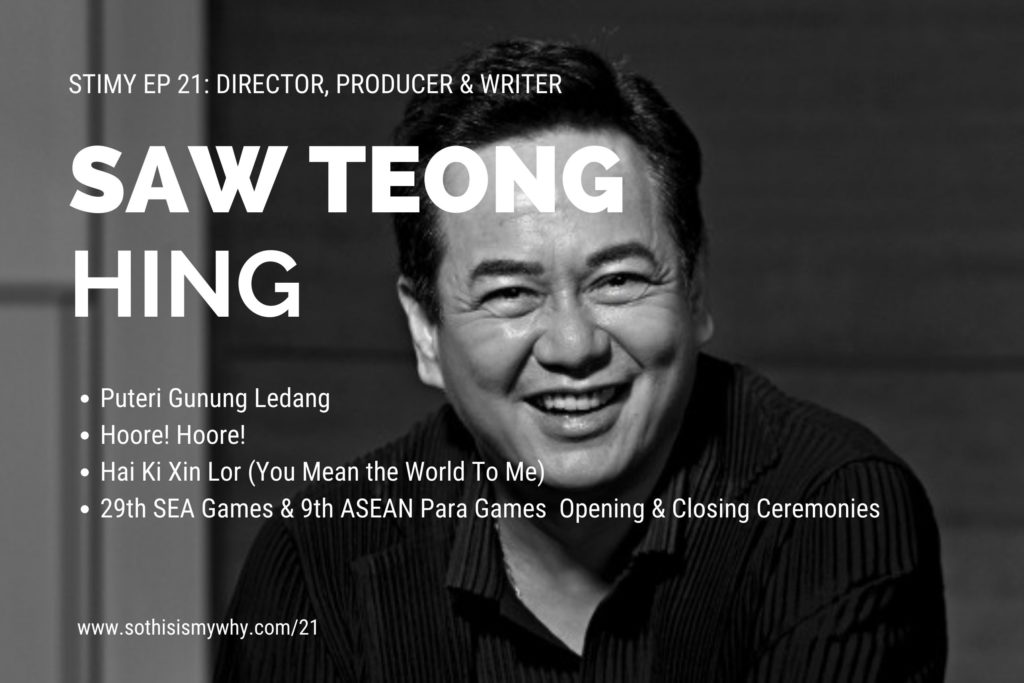 Saw Teong Hin is a multiple award-winning writer, producer and director for film, tv and theatre.

A creative industry veteran of more than 30 years, Teong Hin was Louis Vuitton Malaysia’s Generation Next (2003), was Tatler’s 100 People You Must Know In Asia (2006), received the CHT Essence Art Award (2009), was August Man, Men Of The Year (2017) and was Chinese Film Association Malaysia Leading Film Industry Person (2018).

He was the creative director for the 29th SEA Games & 9th ASEAN Para Games Opening and Closing Ceremonies (2017). 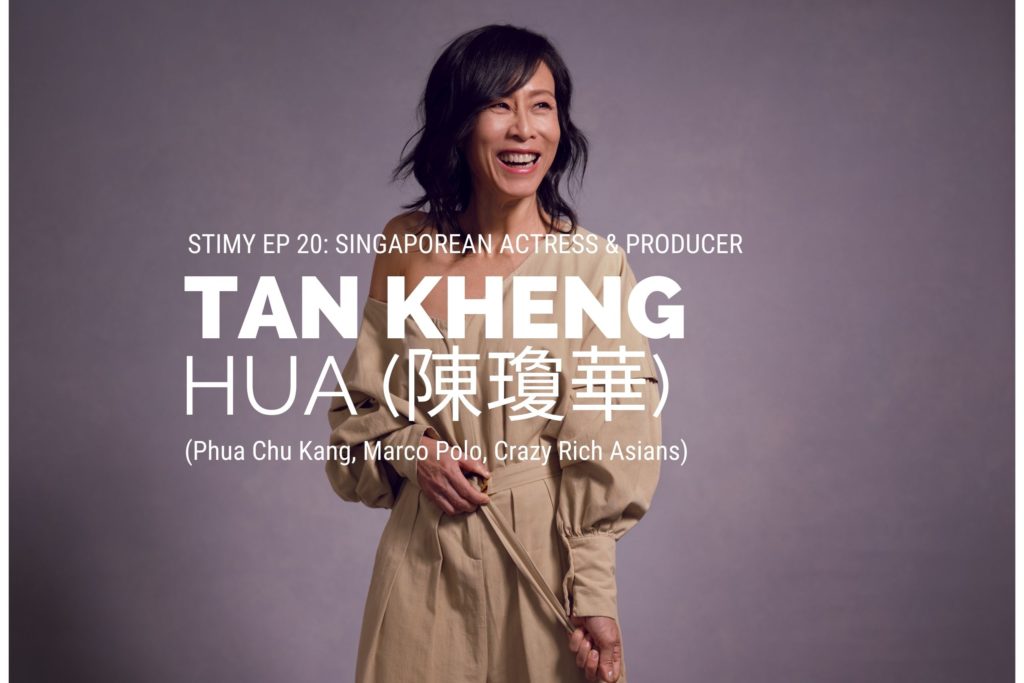 Tan Kheng Hua is a well-known and respected award-winning actress/producer in Singapore and Malaysia. Kheng has been seen in The Philanthropist (NBC), The Patriarch (UFA), and Serangoon Road (HBO Asia Original Series). Her recent role, as “Empress Dowager” in Netflix’s Original Series, Marco Polo, has garnered attention of many viewers. She is now seen in the movie adaptation of Singapore-born Kevin Kwan’s best selling novel, Crazy Rich Asians, where she plays “Kerry Chu”, the mother of protagonist Rachel Chu played by Constance Wu.

Besides film and television, Kheng is also highly respected in Singapore theatre scene where she’s a prolific actress and independent creative producer in Singapore. She creates and produces stage and television content of all genres including cabaret, drama, comedy, dramatic comedies, musicals, etc. One of the television dramas she created and produced was titled Do Not Disturb, which was the first local English-language TV series to receive the maximum 5-star rating from Singapore’s main newspaper, The Straits Times. She has also created and produced festivals such as The SIN-PEN Colony at the Georgetown Festival in Penang and The 20-Something Festival in Singapore.’

Since Crazy Rich Asians, Kheng Hua has gone on to score roles in UK Channel4’s four-part miniseries Chimerica, feature film The Garden of the Evening Mist based on the novel of same name, written by Tan Twan Eng. She has also appeared in Netflix show Medical Police, crime series Magnum P.I. and medical drama Grey’s Anatomy. It was recently announced that she has landed a role in the pilot of the reboot of 1970s martial arts drama serial Kung Fu from American TV network The CW. 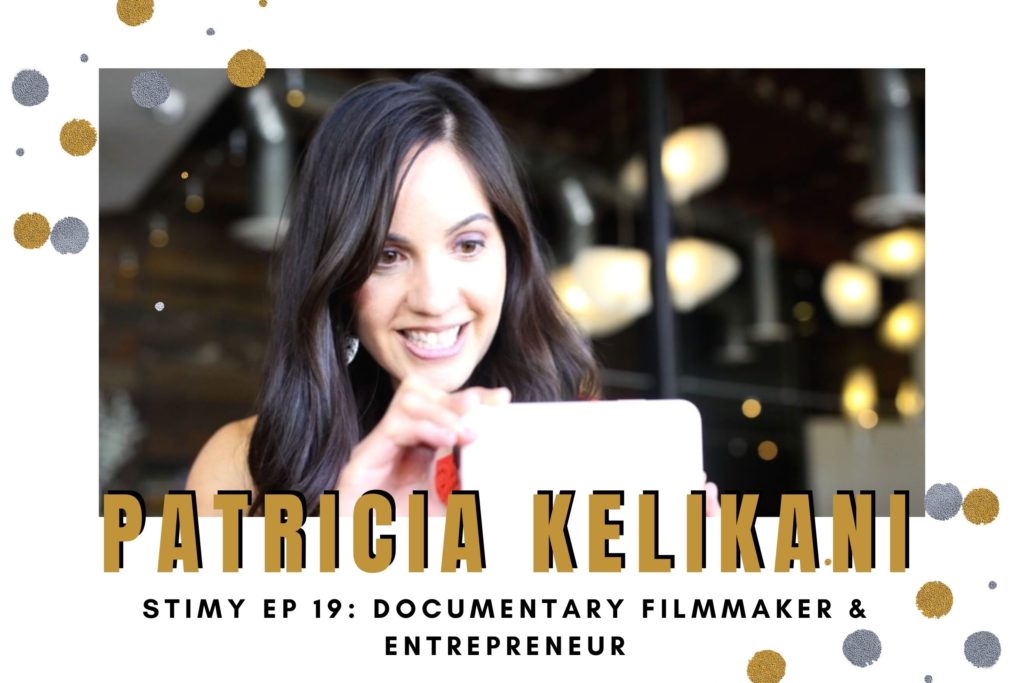 Patricia Kelikani is an award-winning filmmaker and videographer. Having spent 12 years working at Loma Linda University where she became Director of Advancement Films, she is also the producer, director and cinematographer of the 12-time Emmy award winning TV documentary series, “Life on the Line”, narrated by Lisa Ling. In 2014, Patricia became a freelancer and founded Kelikani Films & Kelikani Consulting, where she teaches people how to make lucrative videos from home. 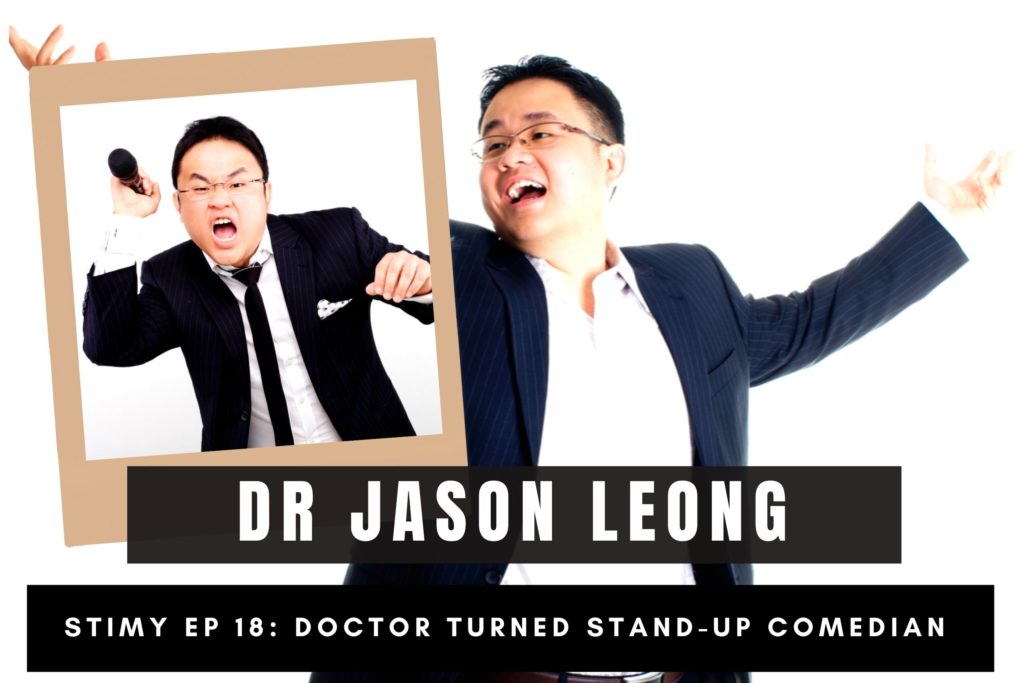 Dr Jason Leong is a former doctor turned Malaysian stand-up comedian star who has been enthralling his audience since 2010 when he did his first open mic gig at Zouk KL. He has since become the first Malaysians to win the 7th International HK Comedy Competition 2013 & win the title of Crowd Favourite, performed at Comedy Central’s Stand-Up Asia and Melbourne International Comedy Festival, opened for Harith Iskandar’s To Know Malaysia is to Laugh Malaysia at Stadium Putra, and also was the first Malaysia who performed a full professional set at Hollywood’s Laugh Factory and New York’s Gotham Comedy Club. 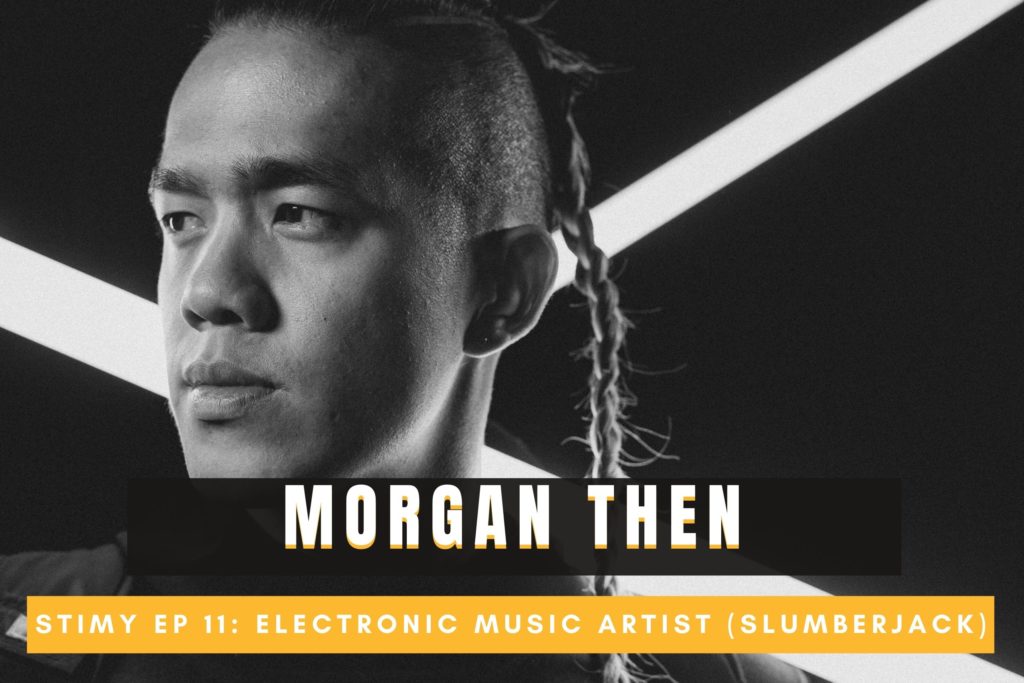 Morgan Then is one half of the popular Australian electronic duo, Slumberjack. Since launching their career with a No. 1 track on Triple J’s influential sister station, Unearthed, SLUMBERJACK have released four EPs—including their newest effort, Black & Blue—and over 10 singles. They’ve received 2 ARIA Gold Records (for their 2014 self-titled debut and their 2017 single, “Fracture”), while their second EP, Fracture, debuted at No. 1 on iTunes Australia’s electronic chart. 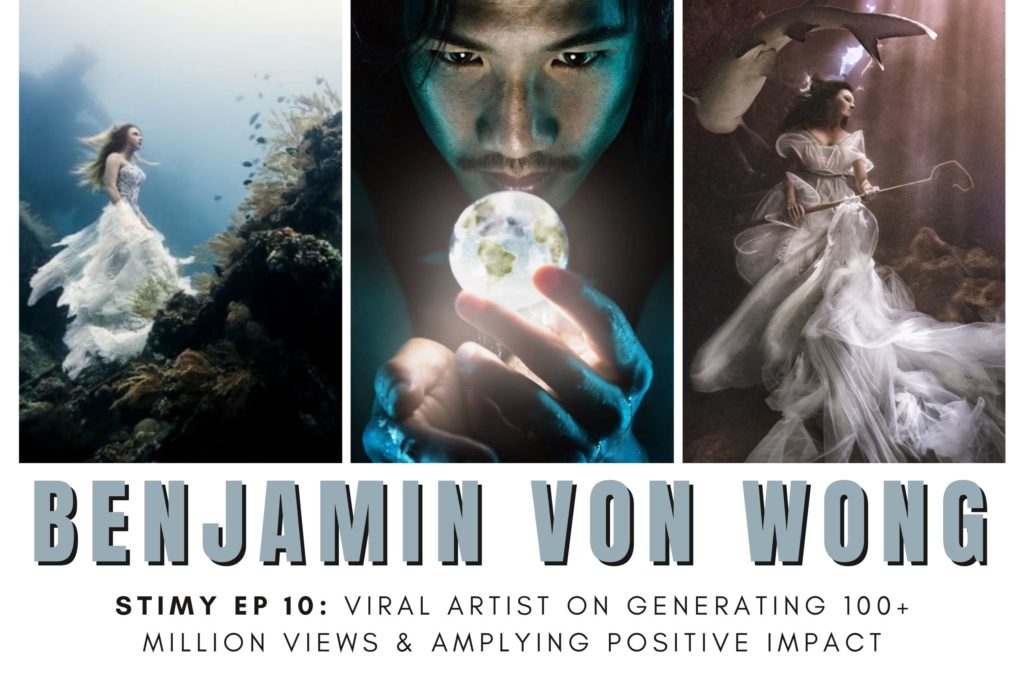 Benjamin Von Wong is a mining engineer turned artist who designs campaigns around social impact and has succeeded in raising over 100 million views for different causes including plastics, fast fashion and electronic waste. He has a Guinness Book Record, a community of over 500,000 followers and tries to change the world through amplifying positive impact. 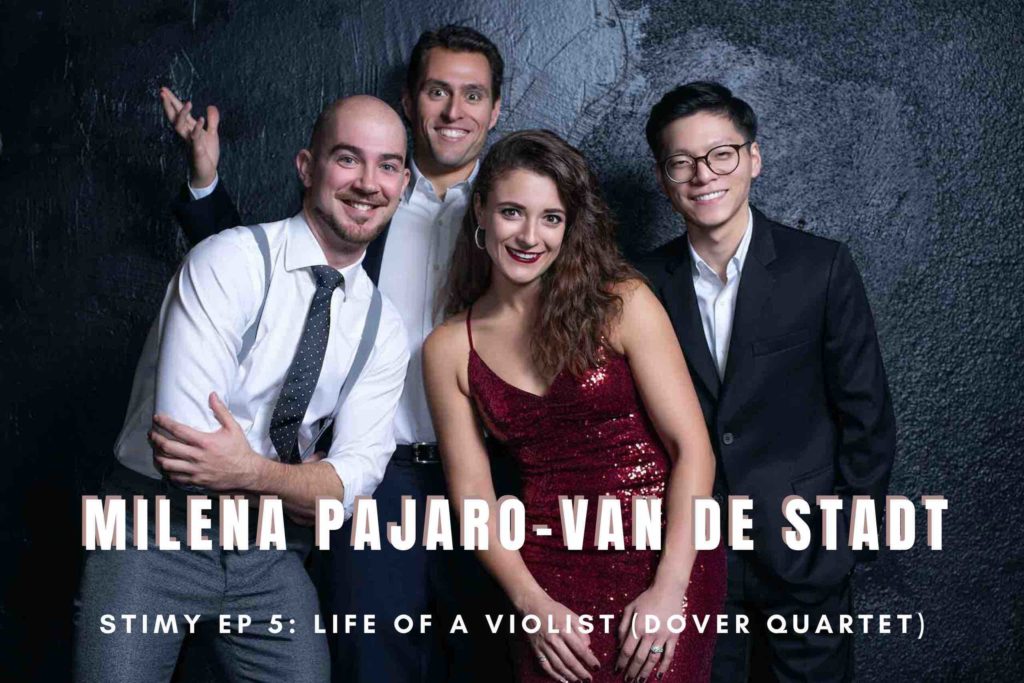 Milena is a violist of the Dover Quartet.

Praised by Strad magazine as having “lyricism that stood out…a silky tone and beautiful, supple lines,” violist Milena Pajaro-van de Stadt has established herself as one of the most sought-after violists of her generation. In addition to appearances as soloist with the Tokyo Philharmonic, the Jacksonville Symphony, and the Sphinx Chamber Orchestra, she has performed in recitals and chamber-music concerts throughout the United States, Latin America, and Europe, including an acclaimed 2011 debut recital at London’s Wigmore Hall, which was described in Strad as being “fleet and energetic…powerful and focused”.

Ms. Pajaro-van de Stadt is the founding violist of the Dover Quartet, First Prize-winner and recipient of every special award at the Banff International String Quartet Competition 2013, and winner of the Gold Medal and Grand Prize in the 2010 Fischoff Chamber Music Competition. Her numerous awards also include First Prize of the Lionel Tertis International Viola Competition and top prizes at the Tokyo International Viola Competition and the Sphinx Competition. Ms. Pajaro-van de Stadt’s summer festival appearances include Marlboro, Bowdoin, Santa Fe Chamber Music Festival, Sarasota, Strings, Bravo! Vail, and La Jolla Summerfest, as well as Italy’s Emilia Romagna Festival. Among the conductors with whom she has worked are Seiji Ozawa, Christoph Eschenbach, Alan Gilbert, Charles Dutoit, and Otto-Werner Mueller.

A violin student of Sergiu Schwartz and Melissa Pierson-Barrett for several years, she began studying viola with Michael Klotz at the Bowdoin International Music Festival in 2005. Ms. Pajaro-van de Stadt graduated from the Curtis Institute of Music, where she studied with Roberto Diaz, Michael Tree, Misha Amory, and Joseph de Pasquale. She then received her Master’s Degree in String Quartet with the Dover Quartet at Rice University’s Shepherd School of Music, as a student of James Dunham. Ms. Pajaro-van de Stadt performs on a 2004 copy of the Primrose Amati, originally made for Roberto Diaz by Gabrielle Kundert and on a 1780 Michele Deconet generously on loan by the grandson of the viola’s former owner, Boris Kroyt of the Budapest String Quartet. 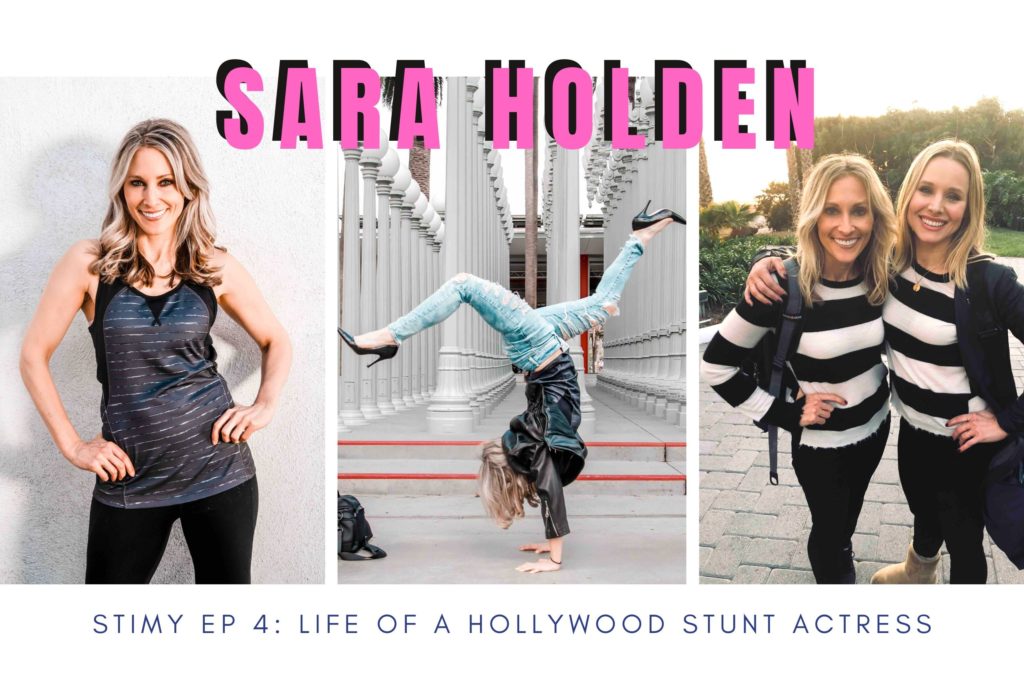 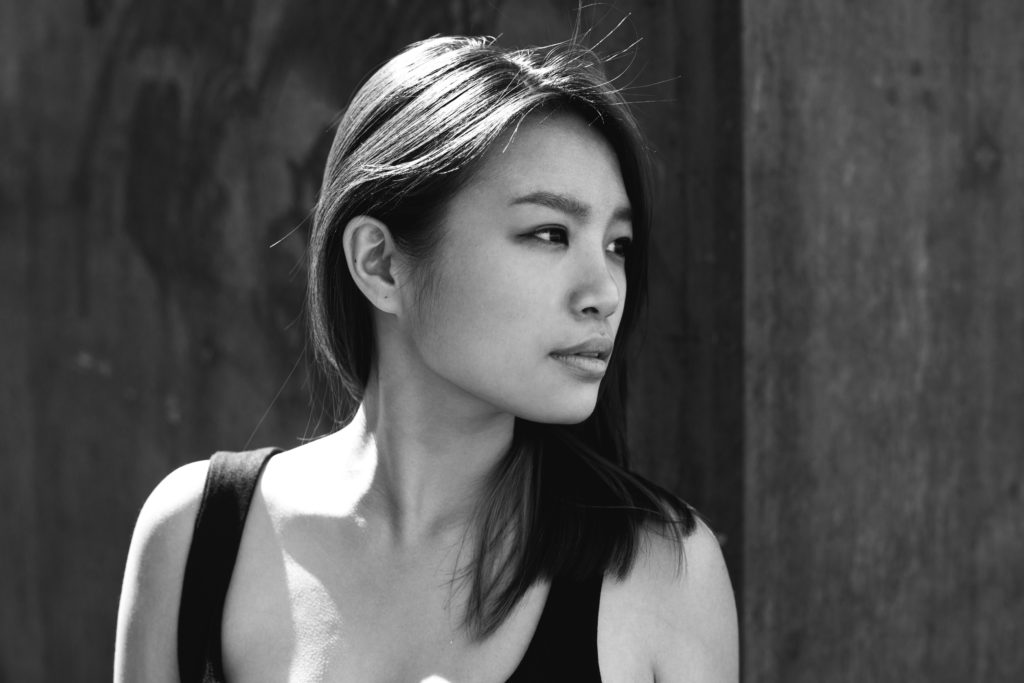 Red Hong Yi is a Malaysian architect turned full-time artist who paints without a paintbrush by creating mixed media installations by reinterpreting everyday materials through the accumulation of objects. By combining traditional craftsmanship and digital technology, she creates work that consider perceptual habits and preconceptions on the chosen objects and subjects, expressing the themes of women and race. Read to find out how she became the Red who all know, love and admire today!